Well, although I was only going to play/paint two main games this year. I’ve extended that (in a way).
I was searching for a couple of cheap plastic ships to use as counters for our Traveller CCG game. I came across some old Silent Death ships on eBay and got those. It was actually a plastic sprue of 12 ships for a few pounds. Anyway, I decided to have a look at the rules – and found a copy of the Silent Death The Next Millenium box set on eBay for twenty five pounds.

48 Ships, all the missile counters etc. Not bad for a game that came out in the 90’s – everything still in great condition and all models still on sprues.

Having read through the rules and had a trial game, it seems to be a far more fun game than X-Wing for us. Also, having read through the Gates of Antares first campaign, there was a lot of ship battles at the start. So we decided that we can alternate ship battles and Gates of Antares battles and link them into campaigns. The ships can fight over a planet then the forces can battle it out. Or any combination or battle scenario we fancied.

So, I grouped the ship types into ones I thought might look like the Antares factions, and tried to keep them fairly balanced. We now play Silent Death, with forces set up to be Antares factions.
Here’s what I’ve painted during Easter holiday 2019.

Apologies as I these were taken with my old (really old) camera and a couple of table lights, so apologies again for the poor photos, and the thing I notice the most, the poor colour representation – Some of the later photos are with my new setup. You can tell, although this blog site doesn’t allow you to zoom in and seems to max image size at only 1200 pixels across.

Anyway, To link in with my games of ‘Beyond the Gates of Antares’, firstly are the Algoryn. In my SD Universe, these will be my Espan. 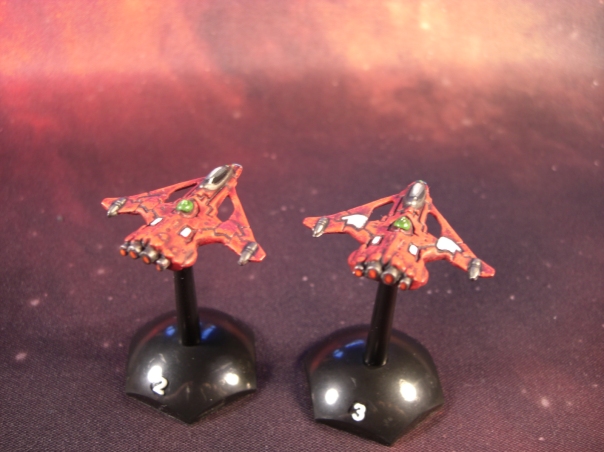 Still linking in with my games of ‘Beyond the Gates of Antares’, these are the Ghar
In my SD Universe, these will be House Colos 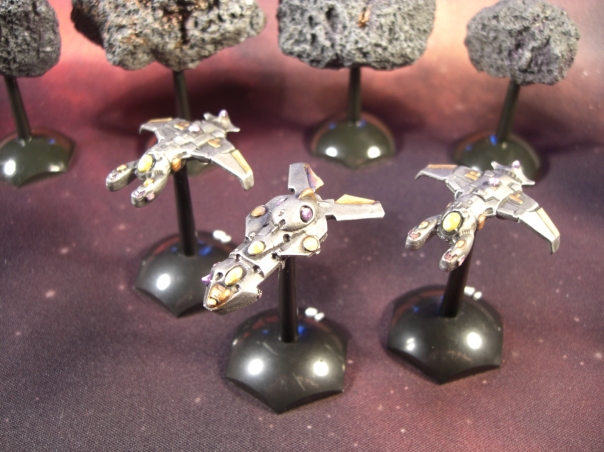 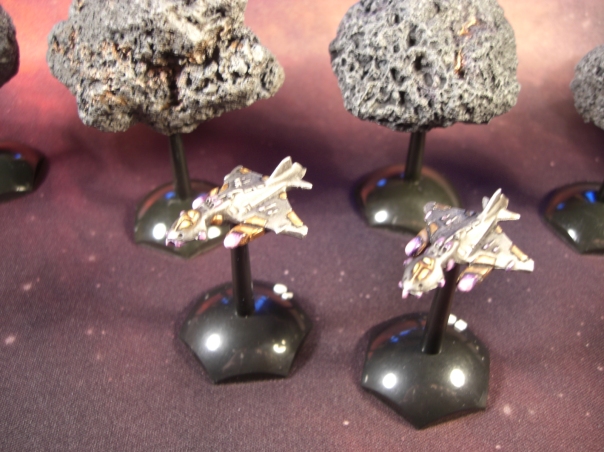 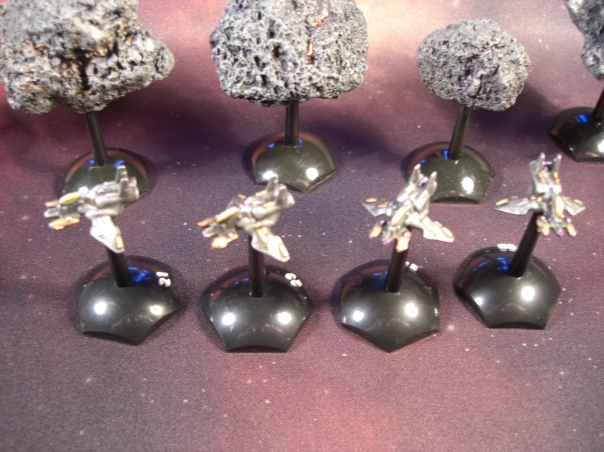 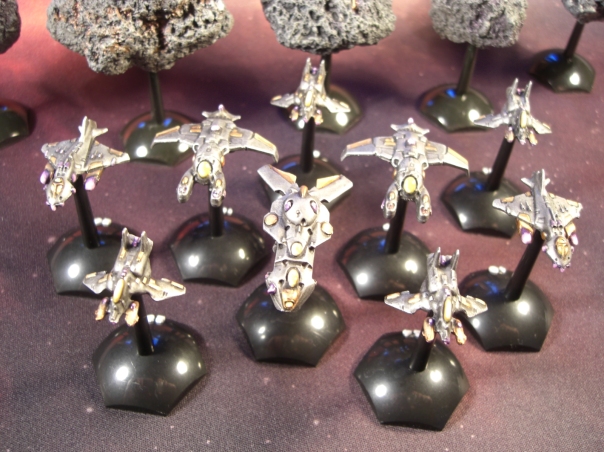 These are the Concord. In my SD Universe, these will be the Kashmere Commonwealth. 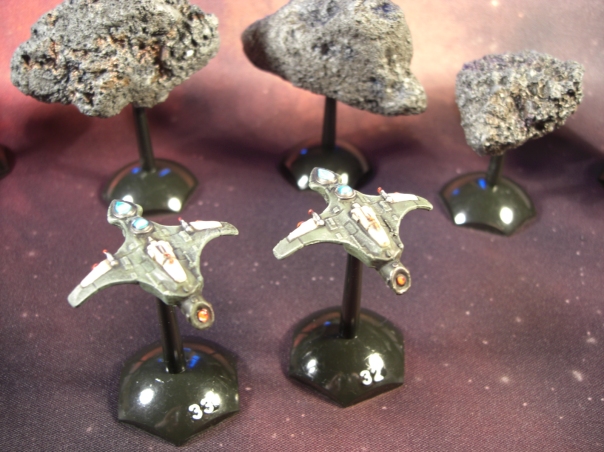 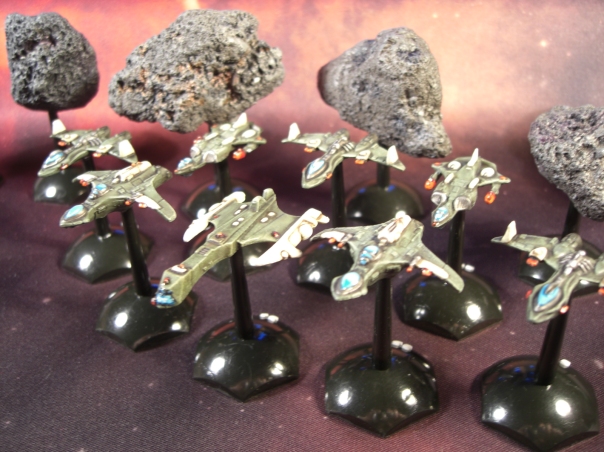 For ‘Beyond the Gates of Antares’, these are the Isorian. In my SD Universe, these will be the Unkulunkulu.

2 Lance Electra ( a close second to my favourite ship) 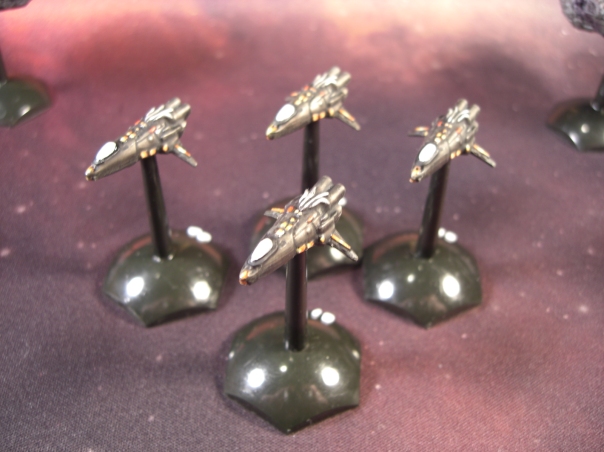 I decided that although the Sunrunners were Mercenaries, and were also busy fighting the grubs, their ships were fighting a lot and were going to be a little beaten up looking. This was my first trial of the paint job. I tried a free hand black circle with the 4 strokes of sunlight coming out, but the orange barely shows on the yellow in the photos.

If and when I buy any more Antares armies, I’ll use these with the yellow scheme as the Borites. 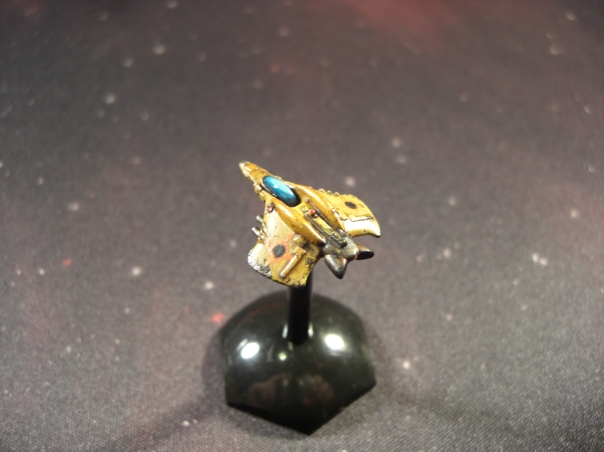 Since I took those photo’s, I bought myself my new camera and light setup. The photo’s are much better – but still forced to be lower res on here. They zoom in so beautifully on the originals. 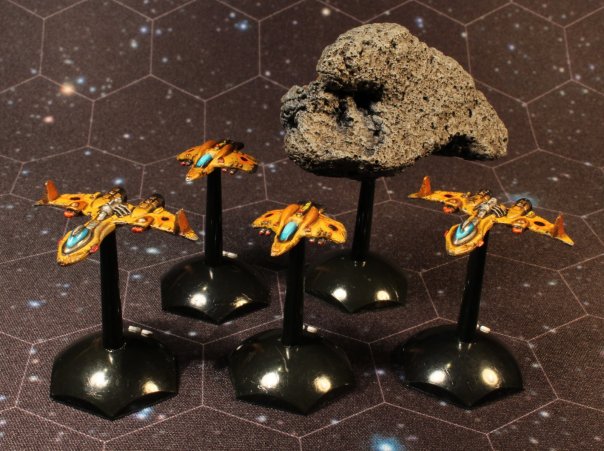 And a zoom in on a nicely beaten up ship. 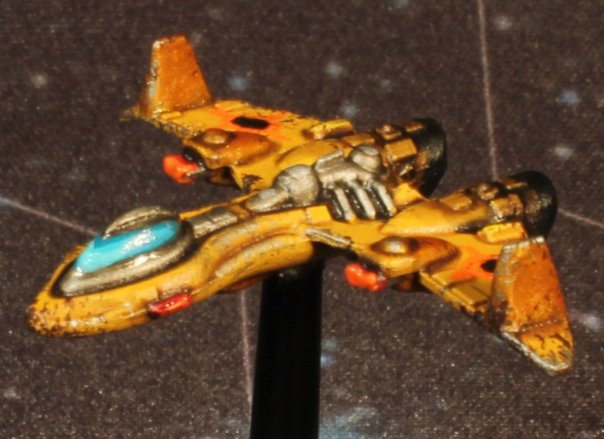 Back to the older photos… A few pictures of some of the terrain I’d been building up and painting. 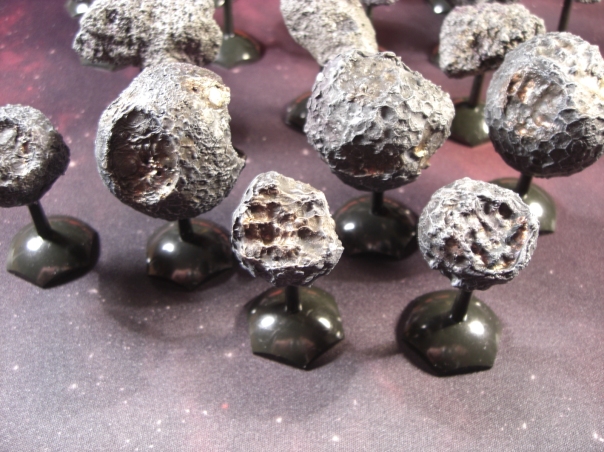 And this one for the Black Hole… some fantastic fun gaming with the rules for this.

Hope there are some pictures you liked somewhere in here.

I still need to add some photos of the portal/gates I’ve made and painted too. Next time I get the camera out, I’ll have to remember.

If you got this far, maybe having a look at the offical site might keep you interested.