Another post – 3rd time, weekly! Wow. Some of the photo’s in this post are from about 6 months ago. I had updated some to their pages in my menus, but I thought I’d put them here with some of the newer pieces.

Firstly – my favourites. Bonefields. Although I’ve not got round to playing the game, I mainly went into this Kickstarter for the figures. I picked up 40 goblin skeleton spear/shield figures and 20 dwarf skeleton handweapon/shield wielders. They were to make some more diverse units for my Undead Kings of War army. I’ve managed to get round to painting the Goblin Skeletons so far. They’re lovely models, but it was really difficult to get them into various slotta bases and rank up. I know I could have trimmed them off their ‘tabs’ but I didn’t want to risk it with delicate resin bones. Nor did I want to multibase. I like my KoW units to have the correct amount of figures – like they did as wound counters in old Warhammer. Keeping them single allows use in other games too. All magnetised as usual so you can pick the movement tray upside down – if you felt the urge to.

And still on Kings of War, here’s another unit I knocked up quickly – using dip as well. They didn’t come out too bad. I have about 20 more of these to do too – from over a decade ago, er, possibly two decades. Really old GW Fantasy Orc Boar Boys from around the year 2000 I think. 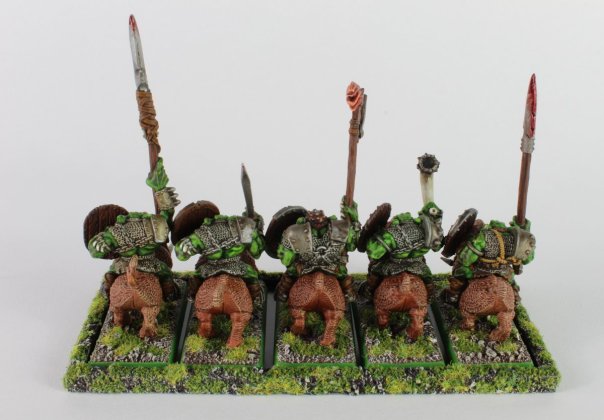 Then there’s the mix of bits of terrain and objective markers I’d been putting together and occasionally splashing paint on .

The following were pieces of terrain I’d grouped for use in Kings of War Vanguard Skirmish – although I’ve still yet to get a game going of that. Still, the terrain will still do in larger Kings of War games. 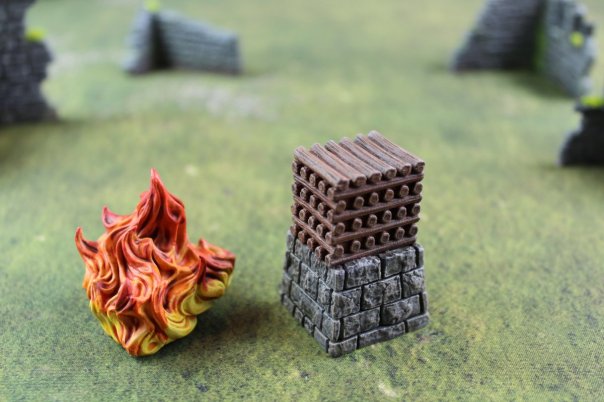 And this last one, was taken in bad light while still on the paint table. More objective markers. 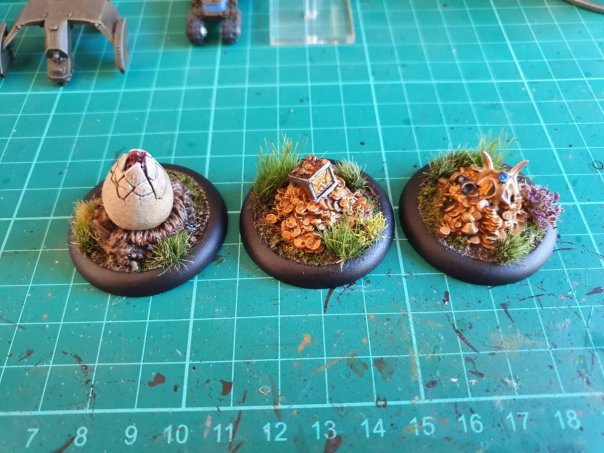 And next week, if I get round to some photo’s, it’s probably back to Dropzone Commander – as you can see in the last picture, they were creeping into the background.