So… I wasn’t going to try out any other games… who am I kidding.

I’ve bought some units for both Star Wars Legion and Dropzone Commander. I’d decided when I saw the initial release of Star Wars Legion, not to get fished in. However, reading the rules through (free online), I decided to give it a go. I’ve not bought a massive amount, but I did get the big AT-ST for Christmas, so decided to paint that up.

Dropzone Commander was another game I’d actually wanted to play since I saw it at a gameshow – but I flicked through the old version 1 rulebook and it pretty much scared me off. However, the new v 2.1 ruleset is a much smaller and less frightening thing at 64 pages and I picked up a starter set cheap so decided to give it a go. It will also make a massive change dropping down to a 10mm scale. Certainly too small for my dodgy eyes and shaky hands to paint, but then, they’re too small for me to see how bad they are. In scales, Star Wars Legion is to GW, what GW is to 28mm. The Stormtroopers make Space Marines look small. When I get some full units painted, I’ll post them.

As I’ve left my poor blog to fester for so long, I decided to update a few pages. I’ve added in some quick pages with my trial photos for Dropzone Commander. I also added some extra Fantasy Terrain that I’d painted recently onto the Kings of War page.

I’ve also managed to paint up that AT-ST, which, as far as painting was concerened, was what gave me the obvious title for this update. It certainly felt like 50 shades of grey, with some green, yellow and browns. 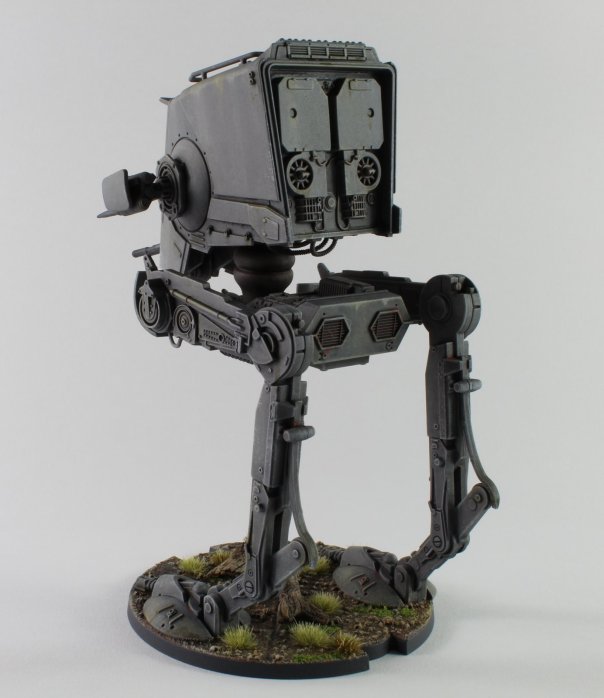